The following books are recommended home reading opportunities for Year 9 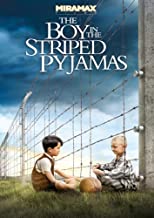 The Secret Garden - Frances Hodgson Burnett
Mary Lennox was horrid. Selfish and spoilt, she was sent to stay with her hunchback uncle in Yorkshire. She hated it. But when she finds the way into a secret garden and begins to tend it, a change comes over her and her life. She meets and befriends a local boy, the talented Dickon, and comes across her sickly cousin Colin who had been kept hidden from her. Between them, the three children work astonishing magic in themselves and those around them.

Cider with Rosie
A wonderfully vivid memoir of childhood in a remote Cotswold village, a village before electricity or cars, a timeless place on the verge of change.

Goodnight Mr Tom - Michelle Magorian
This compelling story of an abused child finding comfort, safety, and love through this old man can encourage and give hope to others similar to Wil. This book is not only entertaining but powerful, displaying life events that most people face: starting a new life, making friends, death, and more. 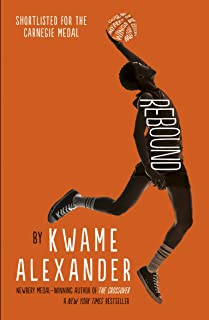 Rebound - Kwame Alexander
This verse novel echoes with the hip hop rhythms and bounce of a basketball game and the free flow of Grandaddy’s favourite jazz to great stylistic effect. The crisp poetry works sparingly to portray a family coming together and to terms with grief sensitively and poignantly, lightened by some great one liners along the way.

Readers will be gripped and ultimately uplifted by this affirming tale; “aim high, reach for the sky, take your piece of this world, and make it into something sweet.”

Looking for JJ and Finding Jennifer Jones - Anne Cassidy
A gripping and emotionally searing novel from a talented author, ‘ Looking for JJ’ explores the circumstances and motives behind the murder of a child - by her friend. Six years later, JJ has now been released, and has a new identity. But is there any way that she can lead a "normal" life?

Finding Jennifer Jones is the powerful sequel to the highly acclaimed, Carnegie Medal nominated Looking for JJ. It is a tense, emotional thriller about guilt, running away and wondering if you can ever truly know yourself.

The Everest Files - Matt Dickinson
A story of an Everest expedition unlike any other. An expedition that ended with mysterious disappearances …….and death.

A shocking tale of lies, betrayal and obsession all played out on the lethal slopes of the highest mountain in the world.

The Bone Sparrow - Zana Fraillon
Perfect for fans of The Boy in the Striped Pyjamas. This is a beautiful, vivid and deeply moving story about a refugee boy who has spent his entire life living in a detention centre. This novel reminds us all of the importance of freedom, hope, and the power of a story to speak for anyone who's ever struggled to find a safe home. 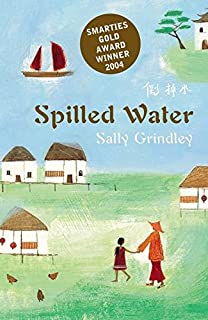 Spilled Water - Sally Grindley
This powerful and compelling novel portrays the life of a young girl in China, a young girl whose life is said to be like 'spilled water'. With a brilliant first-person narrative and a powerful description of time and place, this novel is gripping, heart-wrenching and utterly mesmerising.

The Lie Tree, A Skinful of Shadows - Frances Hardinge
A richly imaginative, darkly gothic Victorian mystery, combining elements of the supernatural, natural science and the role of women in society.

This atmospheric historical novel is steeped in meticulous 17th century detail and has at its heart a resourceful, compassionate central character. Makepeace is aptly named as she must mediate between her own skinful of shadows, the spirits she carries with her, and the real world.

The Fastest Boy in the World - Elizabeth Laird
Solomon loves to run and dreams of being a gold medal winner. When his Grandfather collapses after a long journey Solomon knows he is the only person who can run for help. It’s a twenty mile run form the city to home. Can the barefooted runner with the big heart do it?

Girl, Missing - Sophie McKenzie
Lauren has always known she was adopted but when a little research turns up the possibility that she was snatched from an American family as a baby, suddenly Lauren's life seems like a sham. How can she find her biological parents? And are her adoptive parents really responsible for kidnapping her?

The World of Norm (series) - Jonathan Meres
Norman knew it was going to be one of those days when he woke up and found himself about to pee in his dad's wardrobe.

An award-winning, laugh-out-loud series for fans of Diary of a Wimpy Kid and David Walliams.

The Stars at Oktober Bend - Glenda Millard
Compassionate, deeply moving, complex. Imagery to echo inside you for a very long time. Wisdom and kindness you want to sew deep into your own approach to life. Glorious.

Cool! - Michael Morpurgo
Michael Morpurgo’s inspiring new story of Robbie, a boy in a coma – victim of a car accident. Locked inside his own head, able to hear but not move or speak, Robbie tries to keep himself from slipping ever deeper into unconsciousness.

Things a Bright Girl Can Do - Sally Nicholls
The historical detail and contemporary dialogue are exemplary in this richly enjoyable yet hard-hitting and illuminating novel.

The stories and dilemmas of the original women’s movement are brought vividly to life in a jaunty, breezy style that shines a light on unexplored lives in the era of the Great War.

A timely and rewarding account of the inspirational struggle and sacrifice of women a mere century ago to establish their universal rights that will stay with the reader long after the final chapter.

Wonder - R J Palacio
WONDERFUL (pun intended) story of a boy born with a myriad of facial deformities including a cleft palate. His mother decides, after years of home-schooling, that Auggie should go to school. A hugely moving story, full of empathy and kindness. Tissues needed! 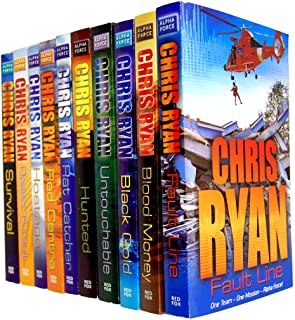 Anapra is one of the poorest neighbourhoods in the Mexican city of Juarez - twenty metres outside town lies a fence, and beyond it, America - the dangerous goal of many a migrant. Faustino is one such trying to escape from the gang he's been working for. He's dipped into a pile of dollars he was supposed to be hiding and now he's on the run. He and his friend, Arturo, have only 36 hours to replace the missing money, or they're as good as dead.

Watching over them is Saint Death. Saint Death (or Santissima Muerte) - she of pure bone and charcoal-black eye, she of absolute loyalty and neutral morality. A folk saint, a rebel angel, a sinister guardian.

Does Anything Eat Wasps?