The following books are recommended home reading opportunities for Year 8

Fables - Aesop
A glimpse into the everyday lives of the Ancient Greeks and lessons in the consequences of wrongdoing!

Alice in Wonderland - Lewis Carroll
It is now 153 years since this magical story was published but it still remains one of our best loved tales. “Curiouser and curiouser........”

What Katy Did - Susan Coolidge
A story of an engaging tomboy who longs to be beautiful and kind and the dreadful accident that gives her the chance to achieve her dreams.

The Silver Sword - Ian Serrallier
The story of 4 children’s struggle to stay alive throughout the years of Nazi occupation and their epic journey from war-torn Poland to Switzerland to find their parents. 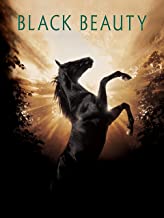 Black Beauty - Anna Sewell
The autobiography of a horse, the adventures of Black Beauty will remain with you forever.

The Hobbit - JRR Tolkien
A saga of dwarves and elves, fearsome goblins and trolls, an exciting epic of magical travel and adventure. Masterful storytelling!

Noughts and Crosses Trilogy - Malorie Blackman
A gripping, stimulating and totally absorbing series set in a world where black and white are right and wrong.

One, Apple and Rain - Sarah Crossan
A poignant and thought-provoking novel, written in free verse to create a highly emotive and engaging story.

A story about sad endings, happy beginings and a story to make you realise who is special.

The Everest Files - Matt Dickinson
A story of an Everest expedition unlike any other. An expedition that ended with mysterious disappearances …….and death.

A shocking tale of lies, betrayal and obsession all played out on the lethal slopes of the highest mountain in the world.

Bone Talk - Candy Gourlay
The Philippines, 100 years ago. A mesmerising story about coming of age and fear of the different.

Well researched, convincing and written with respect, this is a book that takes the reader on a memorable journey and stays in the mind for a long time.

After the Fire - Will Hill
A book that shows the power of manipulation of people's actions and beliefs through the use fear and faith. A thoughtfully written novel, touching many emotions encountered by a variety of characters. 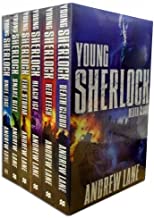 The Land of Neverendings - Kate Saunders
Moving, raw and funny in all the right ways; a rip-roaring adventure that also gives an honest portrayal of grief for young readers, and shows us that whilst sadness does exist in the world, it doesn't have to cancel out happiness, or silliness, even when you lose someone you love.

The Ghosts of Heaven - Marcus Sedgwick
Four short stories so different in style yet each equally strong and with beautifully judged use of language. Each story is interesting, powerful and thought-provoking.

The One Dollar Horse (trilogy) - Lauren St John
A ‘dream- come-true’ story set in inner city London. Any dream is achievable if you are willing to put in the hard work and make the sacrifices.

Fire Colour One - Jenny Valentine
A bold and brilliant novel about love, lies and redemption.

Vivid and heartfelt, Beyond the Bright Sea is a gorgeously crafted, gripping tale of buried treasure and belonging.

Does Anything Eat Wasps?