The following books are recommended home reading opportunities for Year 10

Little Women - Louisa May Alcott
An iconic tale of the lives of four sisters growing up in New England during the American Civil War.

The Body in the Library (or any other Marple/Poirot novel) - Agatha Christie
It’s seven in the morning. The Bantrys’ wake to find the body of a young woman in their library. She is wearing evening dress and heavy make-up, which is now smeared across her cheeks. One of the first full-length Miss Marple novels, set before and during the Second World War, sees the world's most accomplished amateur sleuth unravelling the dark side of human nature to uncover Murder Most Foul!

Animal Farm - George Orwell
“All animals are equal – but some are more equal than others”. George Orwell's chilling fable of Soviet Russia's brutal dictatorship, Animal Farm brings to life in lucid, uncomplicated language the disastrous project of Russian Communism.

Tarzan of the Apes - Edgar Rice Burroughs
Abandoned to his fate when his English parents die in the African jungle, a baby boy is rescued and reared by a loving ape foster mother. Conquering the savage laws of the wilderness, Tarzan grows into a mighty warrior and becomes leader of his tribe of apes until he encounters, for the first time, his own kind – humans. An expedition of white treasure hunters has entered his jungle kingdom, accompanied by the beautiful Jane Porter. Tarzan’s primitive heart is struck and he determines to become civilized in order to win her. But will the charms of this charming and cultured young woman overcome when the spirit of his wild nature beckons?

Around the World in Eighty Days/Journey to the Centre of the Earth - Jules Verne
Classic tales of travel and adventure!

The Poet X - Elizabeth Acevedo
Powerful, vibrant writing gives this verse narrative a sense of authentic voice. Xiomara comes alive on each page in a way which is compelling and full of tenderness. Her shame, defiance, passion and protectiveness are expressed in the only way she knows – through her treasured notebook of poetry. Xio is “brava” in every sense: fierce and tenacious. She launches herself into life battle-ready and the structure of the novel underpins this. Every poem in this stunning novel expertly peels back another layer in the life of a remarkable girl who tries to break the cycle, to find a way beyond using knuckles and anger. 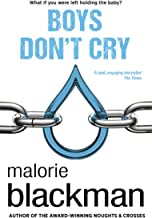 Boys Don't Cry - Malorie Blackman
In Boys Don't Cry, bestselling author Malorie Blackman explores the unchartered territory of teenage fatherhood. You're waiting for the postman - he's bringing your A level results. University, a career as a journalist - a glittering future lies ahead. But when the doorbell rings it's your old girlfriend; and she's carrying a baby. Your baby. You're happy to look after it, just for an hour or two. But then she doesn't come back - and your future suddenly looks very different.

The Bunker Diary - Kevin Brooks
An exceptional, brave book that pulls no punches and offers no comfortable ending. 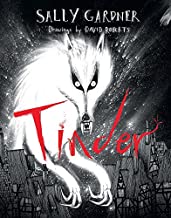 Tinder - Sally Gardner
Otto Hundebiss is tired of war, but when he defies Death he walks a dangerous path. A half beast half man gives him shoes and dice which will lead him deep into a web of dark magic and mystery.

Fairy tales are often the cruellest stories of all; in this exquisite novel Sally Gardner writes about great love and great loss.

Cuckoo Song - Frances Hardinge
A breathtakingly dark and twisted tale about finding oneself, where magic and the aftermath of World War I walk hand in hand

Buffalo Soldier - Tanya Landman
Winner of the CILIP Carnegie Medal 2015. "What kind of a girl steals the clothes from a dead man's back and runs off to join the army? A desperate one. That's who." At the end of the American Civil War, Charley – a young African-American slave from the Deep South – is ostensibly freed. But then her adopted mother is raped and lynched at the hands of a mob and Charley is left alone. In a terrifyingly lawless land, where the colour of a person's skin can bring violent death, Charley disguises herself as a man and joins the army. Soon she's being sent to the prairies to fight a whole new war against the "savage Indians". Trapped in a world of injustice and inequality, it's only when Charley is posted to Apache territory that she begins to learn what it is to be truly free.

Tomorrow, When the War Began - John Marsden
Their country has been invaded. Everyone they know has been captured. Their world has changed overnight.

They've got no weapons - except courage.

They've got no help - except themselves.

They've got nothing - except friendship.

How strong could you be, if the world was full of people trying to kill you?

Fans of Veronica Roth, Suzanne Collins and Michael Grant - prepare to be hooked by the Tomorrow series.

It's Saturday, it's summer and, although he doesn't know it yet, everything in Adam Thorn's life is going to fall apart. But maybe, just maybe, he'll find freedom from the release. Time is running out though, because way across town, a ghost has risen from the lake... This uplifting coming-of-age novel will remind you what it's like to fall in love.

This is not Forgiveness - Celia Rees
The brightest flames always leave the deepest scars. A brilliant, controversial and unsettling book.

Long Way Down - Jason Reynolds
This beautifully crafted verse novel powerfully considers the literal and figurative meaning of descent. Told over the course of one lift ride, there is a tangible tension that will leave readers breathless. Rhythm and rhyme are used to great effect, propelling both the reader and Will forwards. Impressive use of visceral imagery is made to brutally convey emotion and the novel’s message, whilst the physical layout of text is used to deepen the sense of Will’s isolation and grief. The open ending is both credible and hopeful, reflecting the theme of free will. This is a raw, painful and very current novel that demands to be read.

Lies We Tell Ourselves - Robin Talley
This is an emotional and compelling read that you will not want to put down. It is beautifully written and the tension just simmers on the pages.

Code Name Verity - Elizabeth Wein
Two young women become unlikely best friends during WWII, until one is captured by the Gestapo. The story begins in “Verity’s” own words, as she writes her account for her captors. Truth or lies? Honour or betrayal? Everything they've ever believed in is put to the test...

Elsewhere - Gabrielle Zevin
In this delightful novel death is a beginning, a new start. Liz is killed in a hit a run accident and her 'life' takes a very unexpected turn. At nearly sixteen she knows she will never get married, never have children, and perhaps never fall in love. But in Elsewhere all things carry on almost as they did on earth except that the inhabitants get younger, dogs and humans can communicate (at last) new relationships are formed and old ones sadly interrupted on earth are renewed. Full of the most ingenious detail and woven around the most touching and charming relationships this is a novel of hope, of redemption and re-birth. It is a novel that tells of sadness with heart-breaking honesty and of love and happiness with uplifting brilliance. 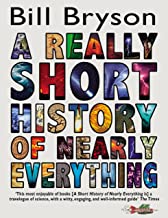 A Really Short History of Nearly Everything - Bill Bryson