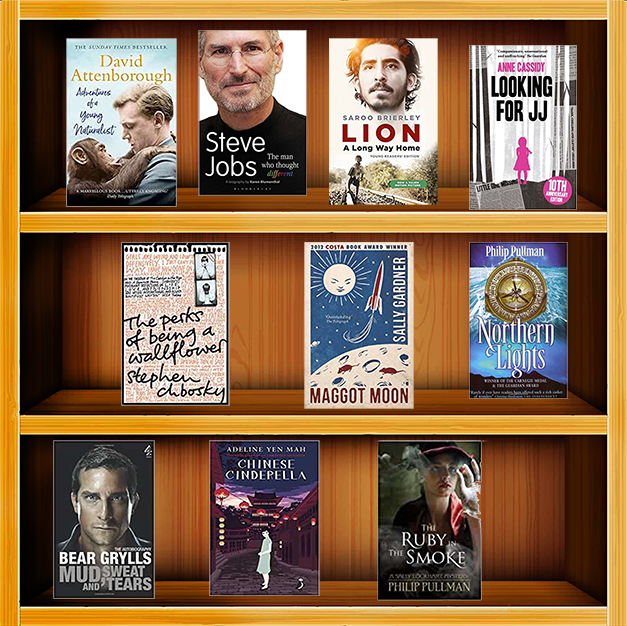 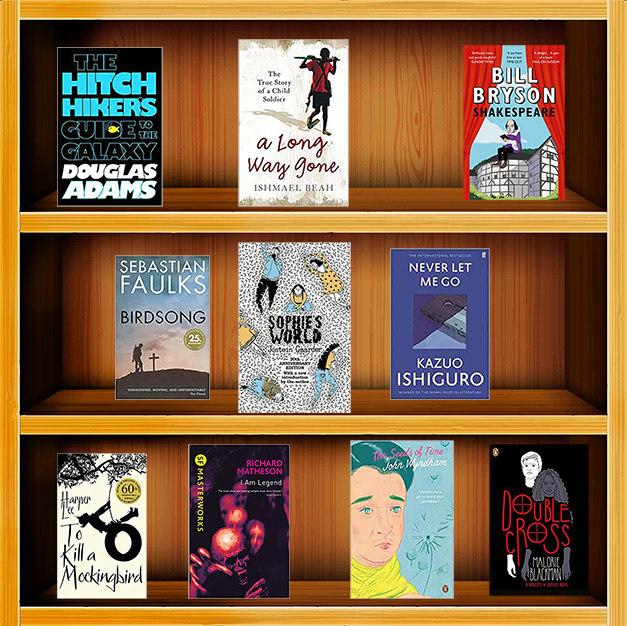 Room
Emma Donoghue
Jack is five. He lives with his Ma. They live in a single, locked room. They don't have the key. Jack and Ma are prisoners.
Close
Brighton Rock
Graham Greene
A gang war is raging through the dark underworld of Brighton. Seventeen-year-old Pinkie, malign and ruthless, has killed a man. Believing he can escape retribution, he is unprepared for the courageous, life-embracing Ida Arnold. Greene's gripping thriller, exposes a world of loneliness and fear, of life lived on the 'dangerous edge of things'.
Close
A Thousand Splendid Suns
Khaled Hosseini
Mariam is only fifteen when she is sent to Kabul to marry Rasheed. Nearly two decades later, a friendship grows between Mariam and a local teenager, Laila, as strong as the ties between mother and daughter. When the Taliban take over, life becomes a desperate struggle against starvation, brutality and fear. Yet love can move a person to act in unexpected ways, and lead them to overcome the most daunting obstacles with a startling heroism.
Close
On Chesil Beach
Ian McEwan
It is July 1962. Edward and Florence, young innocents married that morning, arrive at a hotel on the Dorset coast. At dinner in their rooms they struggle to suppress their private fears of the wedding night to come and, unbeknownst to them both, the events of the evening will haunt them for the rest of their lives.
Close
Becoming
Michelle Obama
In her memoir, a work of deep reflection and mesmerizing storytelling, Michelle Obama invites readers into her world, chronicling the experiences that have shaped her -- from her childhood on the South Side of Chicago to her years as an executive balancing the demands of motherhood and work, to her time spent at the world's most famous address. With unerring honesty and lively wit, she describes her triumphs and her disappointments, both public and private, telling her full story as she has lived it -- in her own words and on her own terms.
Close
The Lovely Bones
Alice Sebold
In heaven, Susie Salmon can have whatever she wishes for - except what she most wants, which is to be back with the people she loved on earth. In the wake of her murder, Susie watches as her happy suburban family is torn apart by grief; as her friends grow up, fall in love, and do all the things she never had the chance to do herself. But as Susie will come to realize, even in death, life is not quite out of reach . . .
Close
The Help
Kathryn Stockett
Enter a vanished and unjust world: Jackson, Mississippi, 1962. Where black maids raise white children, but aren't trusted not to steal the silver . . . There's Aibileen, raising her seventeenth white child and nursing the hurt caused by her own son's tragic death; Minny, whose cooking is nearly as sassy as her tongue; and white Miss Skeeter, home from College, who wants to know why her beloved maid has disappeared. Skeeter, Aibileen and Minny. No one would believe they'd be friends; fewer still would tolerate it. But as each woman finds the courage to cross boundaries, they come to depend and rely upon one another. Each is in a search of a truth. And together they have an extraordinary story to tell...
Close
Small Great Things
Jodi Picoult
When a newborn baby dies after a routine hospital procedure, there is no doubt about who will be held responsible: the nurse who had been banned from looking after him by his father. What the nurse, her lawyer and the father of the child cannot know is how this death will irrevocably change all of their lives, in ways both expected and not.
Close
The Great Gatsby
F. Scott Fitzgerald
Midwest native Nick Carraway (Tobey Maguire) arrives in 1922 New York in search of the American dream. Nick, a would-be writer, moves in next-door to millionaire Jay Gatsby (Leonardo DiCaprio) and across the bay from his cousin Daisy (Carey Mulligan) and her philandering husband, Tom (Joel Edgerton). Thus, Nick becomes drawn into the captivating world of the wealthy and -- as he bears witness to their illusions and deceits -- pens a tale of impossible love, dreams, and tragedy.
Close